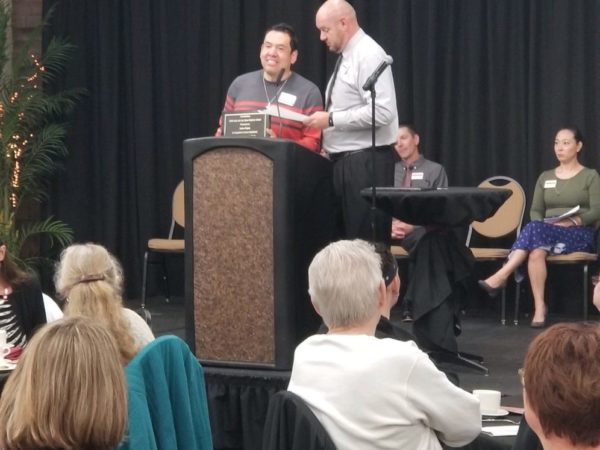 Today at the 2019 Annual PossAbilities Employment Awards Banquet, long time Cardinal client Aaron Reyes was awarded the Jim and Judy Sloan Explorer Award. This is the highest honor awarded to a PossAbilities client. Aaron has worked with PossAbilites for over 20 years. Nathan Bell, his job coach of close to 20 years is shown giving him the award. Nathan gave recognition to the changes in Aaron since moving into Riverside, a Cardinal House. Nathan stated that since moving in a little over a year ago, Aaron has went from working a few days a week to working Monday through Friday and expanding his hours. Aaron has been placed on permanent work teams in the community at the Post Bulletin and Olmsted County Campus Drive in janitorial and also delivering shopppers. Nathan noted that his employers are delighted to have him on site and that even having him there makes the days better. Aaron is known by all for his big smile and welcoming personality. Congratulations to Aaron on this amazing achievement! 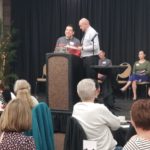 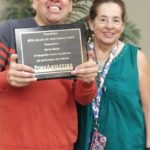 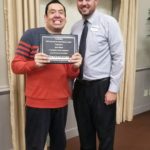