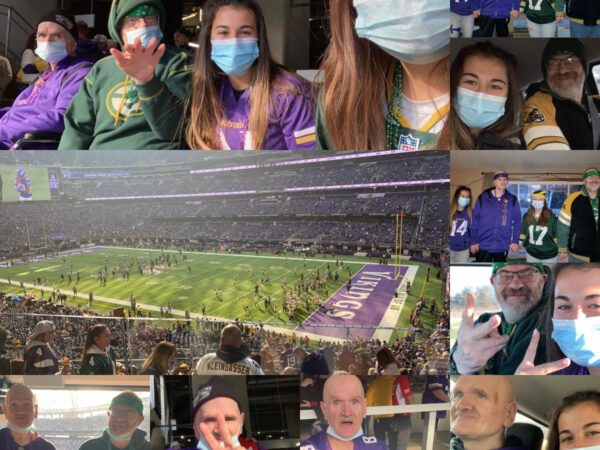 When you walk into the Forestview program in Harmony, one of the first things you will notice is that we are a “house divided.”

The number of Vikings fans clearly outweighs the number of Packers fans (both clients and staff alike). Regardless, we all come together for the love of football.
November 21st is a day we will remember for years to come. The Minnesota Vikings defeated the Green Bay Packers in a nail biting thrill of a game.
It had fans on the edge of their seats, including Bob (Vikings fan) and Terry (packers fan). Bob and Terry were lucky enough to have front seat tickets to an unforgettable match of rivals.
It was a day full of excitement with their staff, Alida and Hailey. Hailey, knowing “there aren’t a whole lot of packer fans out there,” (lol) decided to take one for the team and dress up in in green and gold to appease her client, Terry. It made his entire day.
The Vikings may have taken home the big W, winning 34-31 but it was a win across the board for Terry and Bob because they made memories to last a lifetime.
Thank you Alida and Hailey for making their day so special! 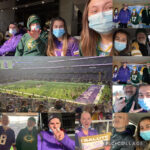